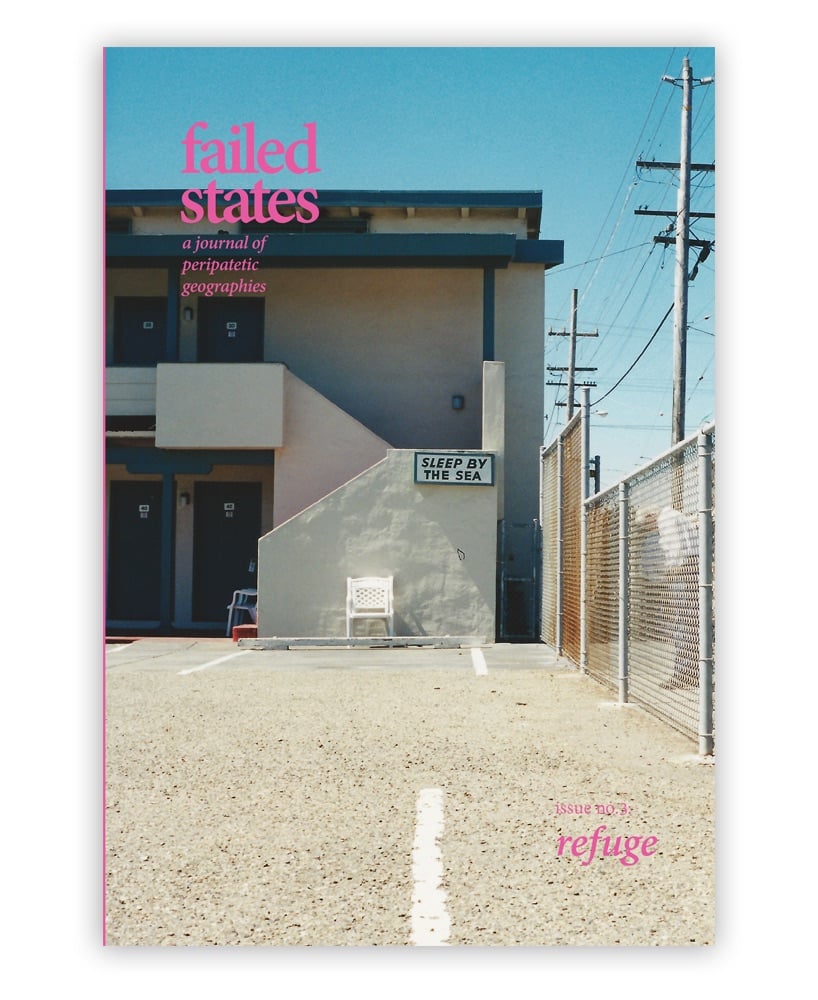 In the third issue of Failed States, themed ‘refuge’:

• Photographs by Moath Alofi documenting remote, abandoned and makeshift mosques in Saudi Arabia
• An essay in words, photographs and ephemera by Felix Bazalgette on disparate lives in a village near Heathrow
• An erotic prose poem by Alex Bennett
• Paul Clinton considering the problem of queer ethics
• Gareth Evans on the Armenian genocide, diaspora and absence
• Britt Hill on the squats providing sanctuary for refugees in Athens
• Every Ocean Hughes on changing her name
• Stills from the Jasleen Kaur video installation I Keep Telling Them These Stories
• A short story by William Kherbek from the graveyard shift at ILoveItCafe
• A speculative tale by Joanne McNeil
• A selection from the Sabelo Mlangeni series Country Girls depicting queer life in rural South Africa
• New work by Prem Sahib documenting a derelict sauna prior to its demolition
• New work from a project by Sam Williams made at the Brooklyn Botanic Garden

• A very personal archive from the editors, recounting life in the early 2000s in San Francisco, a ‘city of refuge’, comprising photographic work by Jamie Atherton and an essay by Jeremy Atherton Lin originally published in Index magazine in 2003

• The debut of our first regular column, in which Bryony Quinn examines the etymology of the issue's theme